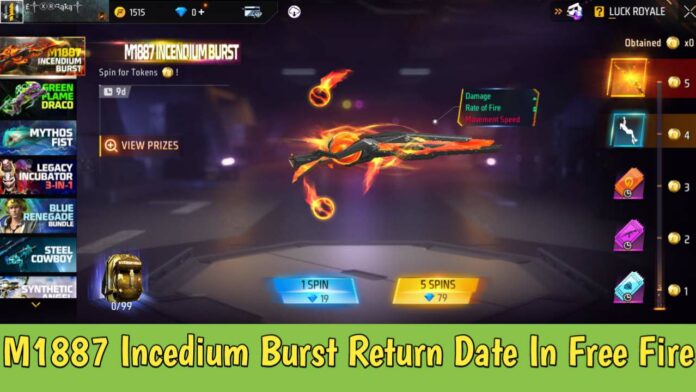 Today’s post is going to be in relation to the shotgun and most probably the M1887. Once more we want to ask you something Which gun skin is the most useful and liked skin for M1887 till now? Again, a majority over 70% of players will reply The Incedium Burst M1887 is the best ever M1888 skin in free fire, isn’t it?

What if we say that The Incedium Burst is returning to free fire in the Indian server? For sure, you mold be excited by this news and that’s true, hence we have brought this post along with some proof. 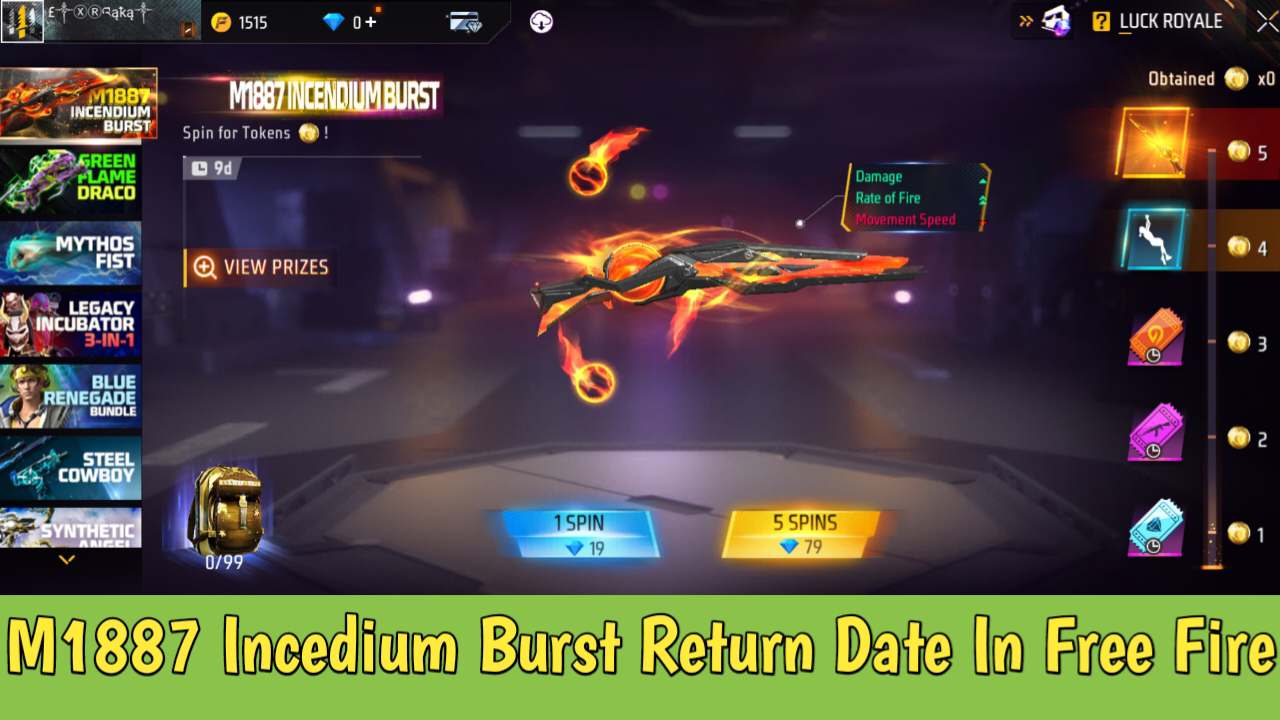 Guys, we have visited some of the servers to find out some upcoming items in the game and luckily we found that the M1888 Incedium Burst was reappeared as a token tower event. That’s so cool and perhaps we could hope that our Indian server would also face the same event injection. If this happens so, most of the players will get a chance to obtain the skin. So friends, get ready because there is a higher chance for the return of Incedium Burst M1888 return.

Now, most of you would have a basic and common question about the exact date of the return What is the date for the return of Incedium Burst M1887? So, friends, we can not assume perfectly because there is no 100% assurity for the same. If we get any further information, we would surely update you through our posts but according to this report, we can hint that The M1887 Incedium Burst could return to Free Fire in the Indian server next month.

So friends here is the post upon M1887 Incedium Burst Return Date In Free Fire. We hope you would have loved the post. We have stated some details and also the image of the event that we found over some foreign servers. For more updates, just stay tuned and make sure to bookmark our site’s address. 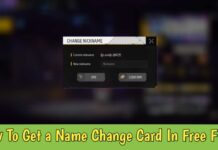 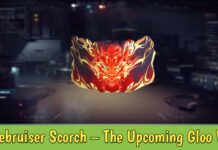 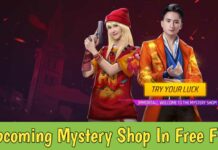 How To Get DJ Alok Free In Free Fire