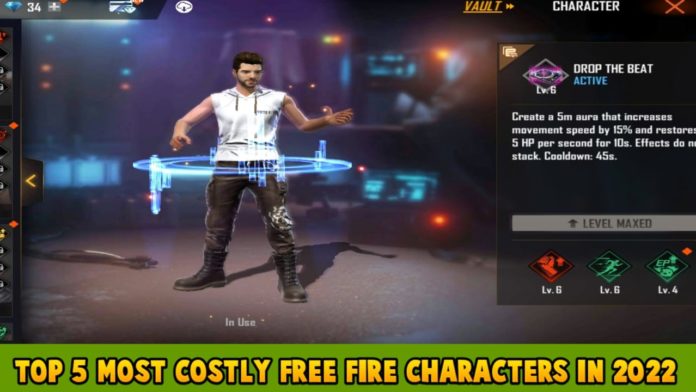 Garena Free Fire is defined by its characters and their unique powers. The number of characters has risen dramatically over the years, and players currently choose 45 different characters.

One of the most common ways for users to obtain the characters is through the in-game store. Some can be purchased with gold, while others are only available with diamonds.

The most expensive characters in Free Fire are listed here.
Please note that the list is not in any specific order. All of the characters are at their base level and were picked based on their Indian price server.

Around the same time as Thiva, Dimitri was introduced to the game. He possesses a remarkable ability that can be highly beneficial to users.

At the most basic level, players can establish a 3.5m-wide healing zone. They will recover 3 HP/s inside, and they can also self-recover to get back up if knocked unconscious.

Alok Petrillo has remained a fan favourite throughout the years. His ‘Drop the Beat’ skill has been effectively deployed by players in both the CS (Clash Squad) and BR (Battle Royale) mode of Free Fire.

When activated, the talent emits a 5-meter healing aura. It also boosts movement speed by 10% and heals 5 HP each second for 5 seconds. The cooldown period for ‘Drop the Beat’ is 45 seconds.

K has probably become the best character in Free Fire with the recent ability. His skill increases the maximum EP by 50 and has two modes for players to choose from:

Jiu-jitsu: This results in a 500% boost in the overall EP conversion rate.

Thiva character is ranked number four on this list. He was initially offered to the community for free during the fourth-anniversary celebrations.

In 2021, Cristiano Ronaldo’s in-game identity, Chrono, is another costly character in the free fire game.

The Time-Turner ability generates an impenetrable force field that prevents foes from dealing 800 damage. However. Individuals cannot fire at enemies while inside. These two effects remain for 4 seconds before replacing a 180-second cooldown.

What do you think about these five costly characters of the free fire game? Let us know in the comment section. 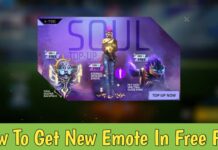 How To Get New Emote In Free Fire – The Soul Top-Up Event? 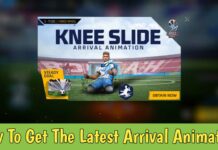 How To Get The Latest Arrival Animation In Free Fire – The Knee Slide?